Little was raised by her family friend because both of her parents were killed when she was three. She graduated from Shortridge High School in 1915 and received a diploma from the Indianapolis Normal School in 1918 when she began teaching. In 1928, Little moved to Los Angeles with her husband and finished her undergraduate training in UCLA. She taught in the Los Angeles school system until her retirement in 1967.

The Mary Lou Allison Loving Cup Award is presented at each Boule to the chapter reporting the most successful program.

Whiteside graduated from Shortridge High School and entered the Indianapolis Normal School in 1922, when in training as a cadet teacher she met the teachers who became her best friends and Founders of the Sorority. She taught school until 1951 when she retired and later helped her husband to develop a business. She also started her own millinery business and worked with her church and various organizations. After the death of her husband, she ran their business from 1955-1957 and returned to teaching in 1959 where she remained until her retirement in 1970.

Johnson was a product of the Indianapolis Public School System and received both B.S. and M.S. degrees from Butler University. In 1923, she received her first teaching assignment and over the years she was promoted to principal of one of the largest elementary schools in Indianapolis. She was also very involved with many clubs and organizations dedicated to community service and retired in 1966. 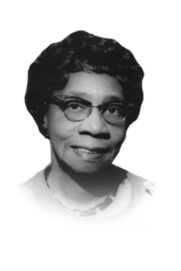 Plaques are awarded in Redford’s name at each Boule for exhibits for chapter achievements. 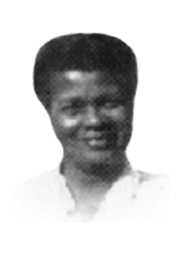 Martin was the youngest of six children and attended grade school in Indianapolis. She graduated from the Manual training High School and the City Teachers Normal. Martin taught school for over 25 years. She married twice and was a devoted wife and hard worker in school and the Sorority. 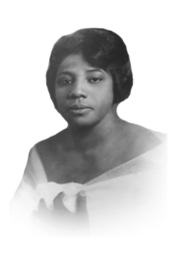 McClure graduated from Shortridge High School, the Indianapolis City Normal School and attended Western Reserve University in Cleveland, Ohio. She won the Gregg Scholarship, which she planned to use to attend Columbia University, but due to illness she could not accept the scholarship.McClure was talented in art and she helped to design the Sorority pin. She died very young on August 24, 1924.